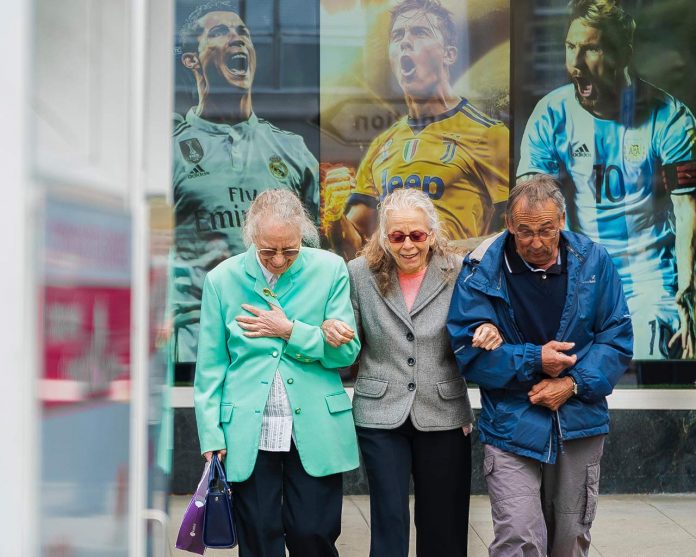 Over recent years, there has been a paradigm shift in the way society has approached dementia.

Previously, options for the care of those with serious cognitive issues were limited, with daycare centres or full-time care homes catering for older people really the only choices. However, the latest research findings suggest a more active approach is needed – one that focuses not just on palliative care within care homes, but on rehabilitation and improving the quality of life for dementia sufferers.

Even though dementia is a progressive disease with no cure, many treatment centres have therefore begun to introduce a rehabilitative element into their treatment of dementia – and physical activity is an important part of this.

A number of studies have found strong correlations between brain health and levels of physical activity: inactive people have an increased risk of dementia, while on the other hand, regular physical activity can slow – and even reverse – cognitive decline. Among those already suffering from dementia, exercise can also enhance some cognitive functions and improve quality of life.

inactive people have an increased risk of dementia

Studies suggest this is due to the excretion of the neurotrophic protein BDNF (Brain Derived Neurotrophic Factor) during exercise. BDNF plays an important role in maintaining our nervous system, including the formation of new nerve cells and nerve connections. Excessively low levels of BDNF are thought to be one of the causes of Alzheimer’s disease.

The Danish National Health Service has therefore produced a training guide for people with dementia, including suggested training activities and practical advice. Its recommendations around the level of physical activity are very similar to the recommendations made to the public as a whole: 30 minutes’ activity a day, including at least 20 minutes’ high intensity exercise twice a week.

In combination with other types of intervention – cognitive training, music therapy, sensory stimulation and so on – this level of activity is able to help alleviate the symptoms of dementia, and thereby improve people’s quality of life.

The positive impact of cycling

In practice, indoor cycling is often the chosen activity for dementia sufferers, as it requires no advanced skills and can be performed even by those with a severe degree of dementia.

We have to help people live with dementia, not just suffer from it.

In a recent Danish study – ADEX – researchers took a group of 200 people with Alzheimer’s. They were asked to train three times a week, for 16 weeks, with each session comprising one hour of moderate intensity indoor cycling.
The study showed these cycling sessions had a significant and positive effect on wellbeing and people’s quality of life, with a clear dose-response to exercise frequency and intensity: the subjects who exercised most, and hardest, experienced the best results. These positive results were not only physical, but also cognitive.

Similar results were also observed in a meta-analysis of 30 studies – a total of 2,020 subjects – with significant improvements noted in cognitive function as a result of exercise.

Furthermore, working out in small groups – with the social interaction that brings – has a positive impact on the effect of the training.

In Frederikshavn Municipality, Denmark, we’ve therefore been putting together a programme to help citizens with dementia, seeking to improve their quality of life.

Over the last five years, a specialist team has been working together as part of this multi-disciplinary project – a team that consists of dementia co-ordinators (nurses with diploma-level education in dementia), a music therapist, an occupational therapist, a physiotherapist (myself) and a psychologist.
We work both independently and as a group, helping local citizens suffering from all forms of dementia – both mild and more difficult cases. Operating out of activity centres, care centres and people’s own homes, we not only work directly with dementia sufferers, but also offer a number of services to the relatives of those with dementia.

We have, for several years now, based our approach on results from proven studies. Given our focus on rehabilitation, physical activity – such as indoor cycling – plays a key role in our programmes. We clearly see that this enhances people’s physical functionality, social life and overall quality of life.

This is why our team is now planning a pilot project, starting at the end of this year. We will encourage local citizens with mild dementia to take part in indoor cycling sessions, and will monitor its impact on their cognitive functions – functions such as maintaining attention, remembering, learning and solving problems. The project will last a period of 14 weeks, with three weekly sessions – each session being one hour of indoor cycling, done at an intensity equivalent to 75 per cent of HR max.

Our aim is to prove and clarify the impact of aerobic exercise, such as cycling, on cognitive function – and, of course, to establish whether such an offer is attractive to the participants. Ultimately, the more we can do to improve people’s lives, the better. We have to help people live with dementia, not just suffer from it.

Dementia is an overall term that describes a group of conditions, marked by a decline in mental abilities severe enough to interfere with daily life. The term ‘dementia’ covers not only impaired memory, but also other symptoms such as reduced initiative, orientation, language, language understanding and motor skills. And there’s still no cure. All that can currently be done is alleviate the symptoms, and sometimes slow the decline, through medication… and exercise.

10 key signs of dementia are as follows: