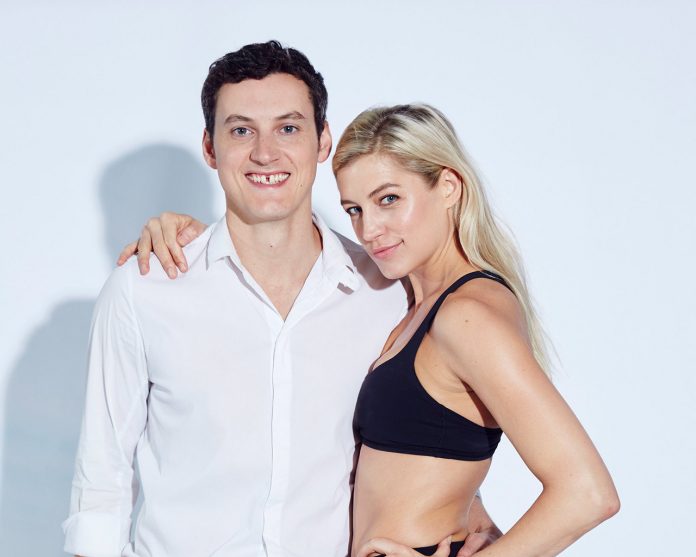 When Boom Cycle launched in 2011, with its ‘party on a bike’ classes that made fitness fun, it blazed a trail in the London boutique studio scene. Now operating four studios across London, it remains one of the city’s leading cycling brands. Its founders, Robert and Hilary Rowland, speak to Kate Cracknell.

What’s your background, and how did this lead you to set up Boom Cycle?
Hilary: After leaving university, I worked as a fashion model for 15 years across New York, London, Paris, Los Angeles and mainland Europe. I used studio cycling as a way to stay in shape (I still do!) – but more than that, I loved the feeling of just spending 45 minutes dancing to good tunes. Because that’s what it felt like: as if I were dancing on a bike in a nightclub. The endorphin kick was always a way to feel great – a definite mood-improver.

When I moved to London, I couldn’t find anything that compared to the indoor cycling classes I’d previously experienced in New York, so I set about creating my own. That led to me launching Boom Cycle with Robert – then my boyfriend, now my husband – in 2011.

Robert: I’d worked in the alcohol/drinks industry for around five years before co-founding Boom Cycle. A different industry for sure, but we were growing a small business and the hours certainly trained me well for owning my own business, which had always been my goal.

What was your objective when you started out?
Hilary: I was initially viewing Boom Cycle as a hobby, but the more Robert and I looked into it, the more we realised there was a real opportunity to create something that was missing in the UK.

We therefore decided to co-found the company with a much bigger vision: to create indoor cycling studios across the UK offering classes that made fitness fun – no longer a chore that people had to tick off their to-do list, but rather something they looked forward to as the highlight of their day.

Robert: We sold our house to build our first studio, which opened in 2011 in a little basement space on a backstreet in Shoreditch, east London. It was close to where we lived, a cool area and the rent was cheap. 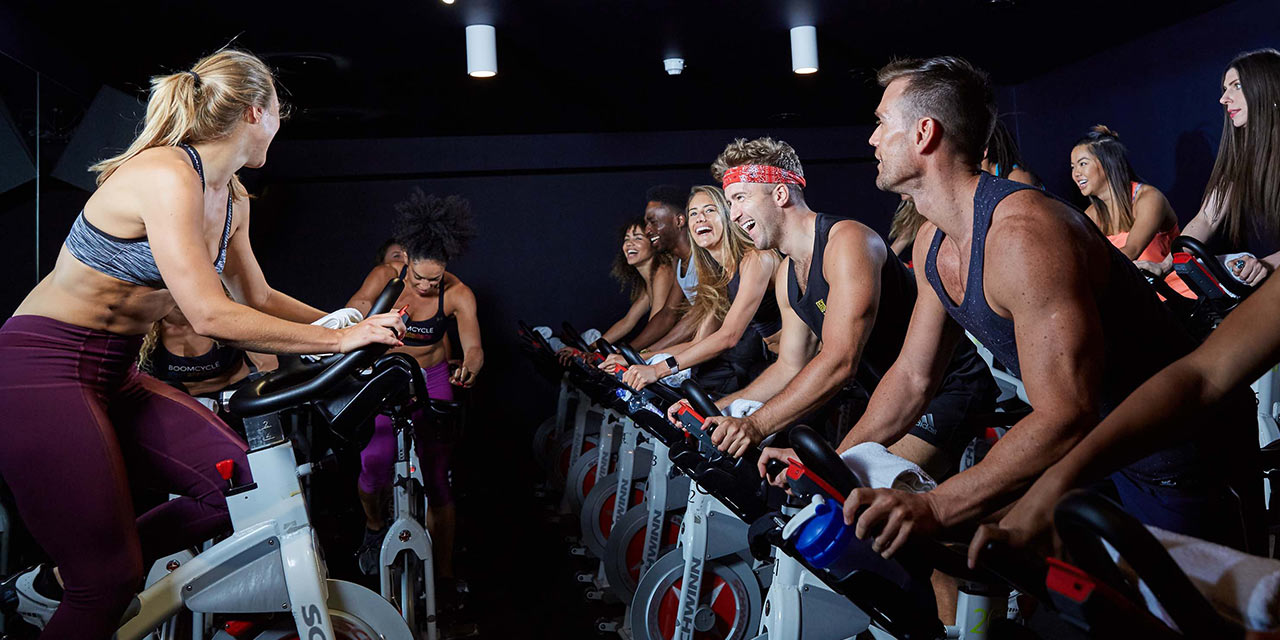 What makes Boom Cycle special?
Hilary: Boom Cycle is inclusive and empowering. We don’t use any sort of numbers or measurement. There’s no element of competition.
We provide an experience in which people can lose themselves and let their minds go. It’s like a very loud meditation and big party all rolled up into one!

Robert: As Hilary says, it’s all about empowering our riders. By making our workouts fun and accessible, and training our front-of-house hosts properly, we create a space where everyone feels welcome, so there’s no pressure and no intimidation – just lots of smiles and high fives.

With one-off rides starting at £18 – going up to £300 for 20 rides, or an unlimited package for £125 a month – we realise it isn’t the cheapest way to exercise. It’s therefore especially important to recognise not only that it’s a treat for some people, but that all consumers want to feel valued when they’re spending their very hard-earned money.

Who’s your target market?
Hilary: Anyone at all! Seriously, our riders range from 14 to 83 years old and come from all backgrounds. We do find the majority tend to be millennial women, but our customer base is very diverse.

What’s the design philosophy at your studios?
Robert: We want the space to feel comfortable and not too polished: we always keep it a bit rough around the edges. In addition, we always take the external environment into account – it is this that always leads the brief.

Interior design of our studios is by W&D Design (wandd.co.uk), which is headed up by Thomas Rowland.

You were an early mover in the boutique sector. How receptive were consumers to this new model?
Robert: Tough to say across the whole of London, but in Shoreditch there was a lot of educating the market that had to be done. Most people really didn’t get the concept of paying per class and pre-buying rides upfront.
In addition, we found a lot of people were comparing the cost of our classes to traditional gym memberships, even though the experience was very different.

However, it was very well received. We just had to provide a lot of guidance and education and build the business up over a few months.

How has your business developed over time?
Robert: Off the back of the success of our first studio, we secured investment to open more Boom Cycle locations. Today, we have four standalone studios in London – in Shoreditch, Holborn, Hammersmith and Battersea – and one pop-up residency.

The way we go about things, the brand, the look and feel and marketing have all adapted over time as our business has grown, but our vision of what we’re all about and where we want to be has remained constant.

How do you market the studios?
Robert: We view ourselves as a lifestyle brand, so our marketing follows that vision: we spend a lot of time working on engaging with our customers and building the Boom Cycle community. After all, the best marketing you could ever get comes from your existing riders via word-of-mouth.

What do you look for when hiring instructors?
Hilary: We look for people who have the thing you can’t teach: the X factor, charisma and connectivity that you either have or you don’t. They must also have rhythm, enthusiasm and more energy than anyone else in the room. We’ll teach them the rest.
It’s easier than it used to be to find good instructors, now our brand has grown, but it still isn’t easy. We hold auditions to find ours, and at the most we might take three instructors from one audition – but sometimes we take none.

What do you expect from your instructors?
Hilary: Many of them will have multiple roles, but at the very heart of it, their role is to be an ambassador for Boom Cycle – to preach our vision, standing in front of the congregation each day to deliver our message. We would therefore wholeheartedly say they do much more than just lead classes.
When it comes to classes, though, they all follow our programme – but they choose their own music. 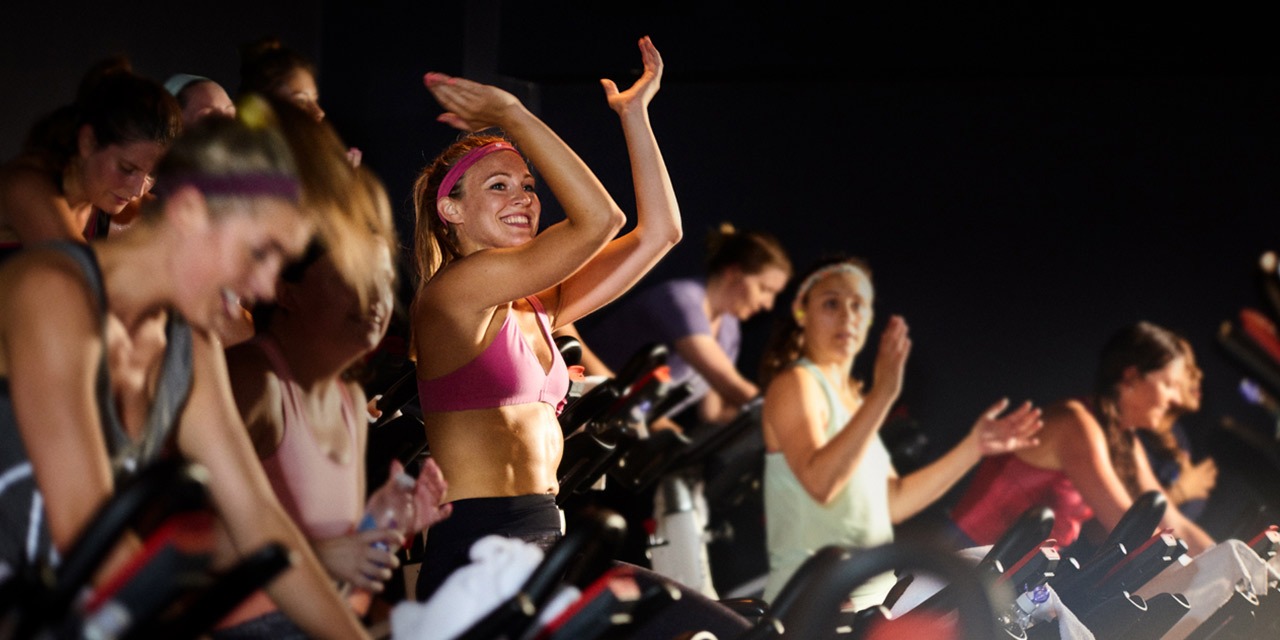 How many studios do you think you’ll open in London, and over what timeframe?
Robert: We do plan to open more, but how many and when is truly impossible to say.

Before we think about opening new studios, we need to make sure our existing sites are working well – that we’re delivering the Boom Cycle vision every ride, every day, every studio. It’s what our riders expect and deserve. So for the next few months, we’re focusing on getting our new sites in Hammersmith and Battersea up and running – they opened this summer.

Will you go to other cities in the UK, or even overseas?
Robert: We’d love to, when the time is right and if the location has the right demographic, footfall and rents.

What would you say is the secret of your success?
Robert: I think having a clear and very consistent understanding of what we’re trying to achieve has been a big help to us. That and never giving up!

What we do is also very much in line with what people in London want. London is a hectic, stressful (but amazing) city. It’s all about the hustle and bustle – so people love those 45 minutes of escapism with us, when they can just get down and boogie.

What’s the main trend in indoor cycling in London at the moment?
Robert: People are trying various avenues, from the ‘party on a bike’ approach to performance and data tracking. I don’t think it’s clear yet which will be the most popular – if one will emerge victorious or if both will thrive.

If you were starting from scratch now… would you?
Robert: With all the competition in the market now, we would certainly need much deeper pockets and a lot more experience than we had in 2011. We did a lot of learning on the job back then.

There’s a lot of great work going on in the boutique sector these days, and some operators are about to become real incumbents. They will be hard to uproot. Not impossible, but hard.

The sport of indoor cycling

Peloton: ‘A category of one’