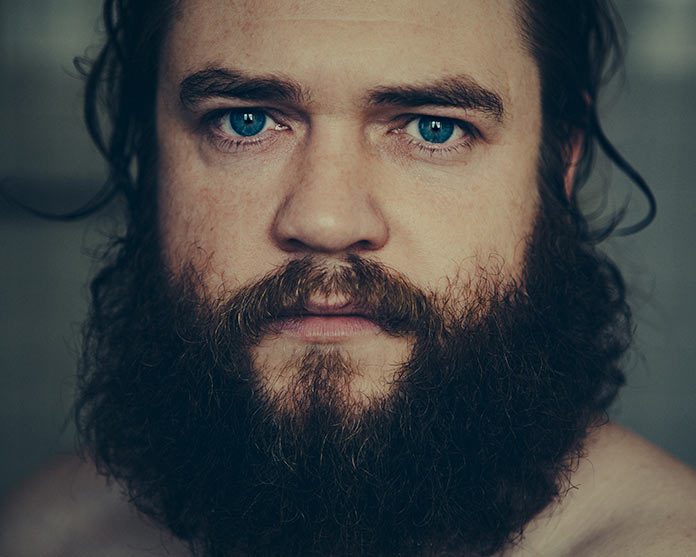 The well-known Danish actor regularly has to gain or lose 30kg for his roles. He shares his diet and exercise secrets with Kate Cracknell

Esben, let’s start by you telling us a bit
about yourself…

I was educated at Odense theatre school in Denmark, graduating in 2008, and have worked as an actor – across TV, theatre and film – ever since.

When you start out as an actor you need a bit of luck to come your way, and fortunately that’s what happened for me: I got a good gig on a TV series in Denmark, a police drama called The Protectors, with the first series airing in 2009. Since then, I’ve regularly appeared on television as well as on-stage as part of the Royal Danish Theatre.

I won’t try and mention everything I’ve been in, but one TV series that received international acclaim was 1864, which was a big budget production centred around the Danish war of that year. I played a miller, and he was one of those stereotypical millers: huge and strong but also a bit overweight, eating too much of his home-made white bread.

When I first auditioned for the role, I was told I was far too small and they went away to try and find someone bigger. But they kept coming back to me and in the end offered me the role provided I gained 32kg. So, I did – I got up to 120kg – and then filming was delayed by four months, so I had to keep that weight on!

Other roles people might have seen me in include The Stranger, which was a really interesting, boundary-pushing film that won the main prize at DOC NYC, New York’s documentary festival. And then The Good Traitor will be out next year – we’re shooting that film at the moment and it’s due for international release.

Then there’s one that readers in Denmark will be very familiar with: our Christmas calendar TV series. For anyone not in Denmark, these are family-friendly stories that are screened on prime-time TV every year – half an hour every day from 1–24 December – and that pretty much the whole country tunes in to watch. I was in Tinka three years ago, and by the time this article is published will have appeared in Tinka 2, in which I play a big elf who wants to become king of the elf kingdom. And yes, when I say ‘big elf’, I mean I had to gain weight again – I needed to be 118kg for that role.

How often do you have to gain and lose weight?

So far, it’s been a case of gaining weight and then coming back down to somewhere around my natural weight, which means fluctuating between about 85-90kg and 120kg.

I’ve never had to be super-skinny, although it might be interesting to try that some time; I find it very interesting to explore different weights, as it allows me to explore my range and versatility as an actor. Changing shape allows you to take on new roles; people actually approach you differently, perceive your personality to be different, depending on your size.

It probably isn’t healthy to keep shifting weight up and down so dramatically – I don’t suppose a doctor would approve, as obviously I’m putting fat on around my organs too – but as an actor, I think changing shape is a good thing to do.

Weight gain is the easy part – it’s just about over-eating. Lots of chocolate, white bread and butter, sauce on everything, potatoes every night. I’ll even set my alarm for 2.00am, get up and eat some bread and drink a hot chocolate, then go back to bed again!

I do also try and gain muscle though: my characters, even when I’ve been bigger, have tended to be strong and muscular as well as overweight. When I’m preparing for these roles, I do lots of weight training and very little cardio.

And what’s your secret when it comes to weight loss?

The challenge really is how quickly I have to do it, as I often don’t have long between roles. So, my secret – and please note, I wouldn’t recommend this for everyone, it just works for me – is that I simply stop eating.

Normally, when people say they’re fasting, they’re talking about the 5-2 diet. My approach is different: I don’t eat at all for 72 hours,
just drinking water and coffee. And then for the rest of the week, I eat very little – some meat,  vegetables, Skyr yoghurt… Then I repeat that the following week, and so on until I get to my goal weight.

I also train, of course. Ideally I’d be weight training, building muscle to drive weight loss, but sadly I rarely have the time for that. So it tends to be about cardio: running and Indoor cycling.

if it were down to willpower, i would find weight loss as hard as everyone else

I can lose at least 2kg a week by doing this, and I manage to do it without getting moody or losing concentration. I can still work and train. I don’t know how, but it just works for me.

What I would say, though, is that if it were down to willpower I would find weight loss as hard as everyone else. It’s only because I have that cross

Is indoor cycling something you do just for weight loss?

Not at all. I first discovered Indoor cycling maybe 15 or 20 years ago when it first really started making waves in Denmark. My friend and I went to try it out and we managed to get ourselves into the high-performance class. We’re quite competitive, so we really pushed ourselves and when I got home I collapsed!

I’m hooked on indoor cycling. if the instructor is at the front shouting at me to push myself harder, that’s perfect.

That might sound like a cautionary tale about Indoor cycling, but it isn’t at all. It was my own stupidity. I was taken to hospital for an ECG and there was nothing wrong with me, other than I’d pushed myself so hard that my body had produced too much adrenaline to be able to then cope with! Basically, I over-trained, and I’ve been teased about it ever since. But that’s me, that’s my psyche when I work out. I like to be really pushed and to beast myself.

I found myself totally hooked on Indoor cycling and have done it ever since. I know not everyone likes this style of coaching, but for me, if the instructor is at the front shouting at me to push myself harder, that’s perfect. I like to really sweat. I also like going for a run, but I’ll only go in the heat of the day when I know I’ll sweat straight away.

I have an indoor cycling bike at home, too, and have had for several years. I prefer live classes, but I can’t always make it. Having my own bike means I can do a class whenever I like – I just find one on YouTube, so there’s still someone shouting at me, and put my headphones in. I’ll then feel good for the rest of the day.

So that’s my routine really: cycling, running and weights. I did take part in Dancing with the Stars last year and came third, but I aconfess I haven’t carried on with that!

Have you passed your exercise enthusiasm on to your children?

Healthy living is an important topic in our household. My eldest daughter is 14 and she’s really into training. She and I go running together – she’s faster than me, I’m better at endurance, but we find a way to make it work together. And my wife runs every day.

But my little one… we have to be quite careful with her. She doesn’t exercise as much, but it’s the eating we’re really focused on with her at the moment. She’s only seven, but she’s already talking about wanting to go on a diet. It’s very difficult, because of course she sees her dad dieting, and pretty dramatically at that. There’s no hiding the fact that I fast for three days straight, because I’ll be at the table with them but not eating. But we don’t want her to get the wrong ideas about food. We want her to know it’s OK to eat. We’re having to find the right way to talk about food and exercise, about healthy eating.

This is a side-effect of my regime – the weird stuff I have to do – that we hadn’t thought about before. I don’t want to be a negative role model for my children. Women in particular have enough pressure as it is, with the skinny images they think they have to match up to if they want to be the perfect woman.

It’s really hard when my appearance, my weight, is so important, but I want my girls to grow up knowing that happiness comes from within.

Why health is the future of fitness