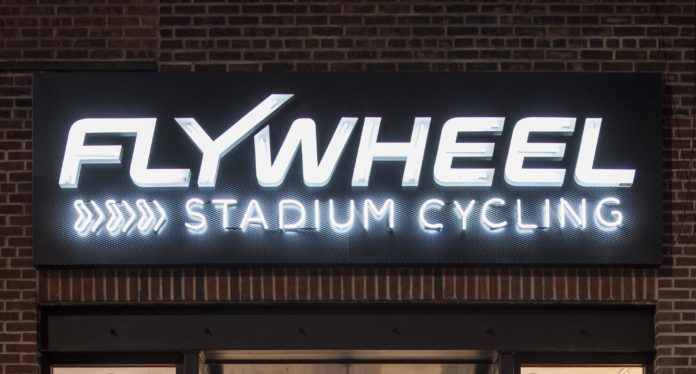 Why did Town Sports International want to buy Flywheel, why did Flywheel want to be bought, and what does all this mean for the sector as a whole? Kate Cracknell investigates

In the space of one week in January, my email inbox pinged with two separate cycling-related M&A news alerts: in the US, Flywheel being acquired by Town Sports International (TSI); and in the UK, Digme Fitness acquiring Another_Space – just two sites, but with the deal signalling the end of premium health club operator Third Space’s boutique venture, nevertheless a significant decision and a press release I took the time to read in full.

Perhaps it was just the proximity of the two emails in my inbox, but I started to wonder whether this marked the beginnings of a real consolidation of the boutique sector, and boutique cycling specifically.

Stick to your strengths
After all, it’s no secret that even the big brands have a battle on their hands in the shape of Peloton and the growing cohort of ‘me too’ products. In fact, particularly in the US market, the Peloton Effect means there is arguably now an oversupply of cycling studios.

Meanwhile, with Club Industry (2019) reporting that only 40 per cent of boutique studios are making money, it feels like the winners in boutique fitness are beginning to more clearly distinguish themselves from the rest of the field. And hence my mulled question: could we start to see further acquisitions as more boutique brands threw in the towel?

And yet as I dug into the details, it quickly became clear that these were two very different stories. My interpretation of the Another_Space deal is this: the admittedly beautiful studios were probably a distraction for Third Space, which has just opened its sixth stunning, large format club in London. Big box is Third Space’s heartland. It’s what it does brilliantly well. And those big boxes already include top-quality classes and cutting-edge group fitness spaces.

It’s a trend we’re witnessing around the world, in fact: as leading big box operators continue to up their game in terms of the quality of their group exercise offering – we’re talking the likes of Midtown Chicago, with its five separate, jaw-dropping boutique-style spaces all under one roof and all available as part of membership – competing with the boutiques happens in-house rather than as standalone ventures.

Together we’re stronger
So, the sale of Another_Space – it makes sense. Stick to what you’re really, really good at. Offload the studios to someone, in this case Digme, who is making a success of boutique fitness. And put that boutique level of effort into your big box clubs. The Flywheel deal. That feels different. That feels more like a partnership, a coming together of two brands in a ‘united we’re stronger’ kind of approach.

Why so? Take a look at the New York Sports Club website and you’ll see combined NYSC-Flywheel “Best. Membership. Ever” packages: US$240 a month will get you gym membership plus eight Flywheel classes, for example. When you consider that just a few months ago, one-off Flywheel classes were priced at US$30 a pop… well, the maths is easy. That’s gym membership essentially for free.

(By the way, word is that Flywheel classes didn’t always sell for that much – not recently anyway, with a heavy reliance on ClassPass and half-price discounts. More on the well-documented troubles of Flywheel in a minute. The point is, this NYSC-Flywheel deal gives you far more for your money – that much is beyond dispute.)

Studio-based innovation
I spoke to Canarick about the Flywheel deal; as the investor in Echelon Fitness, its connected home bike fronting up to challenge Peloton, North Castle is well versed in indoor cycling these days. His view: “I think it’s a smart strategy that’s all about value, and value matters.

“Bringing Flywheel into the equation gives cycling enthusiasts a great reason to join New York Sports Club as opposed to one of its competitors – and that means more members for NYSC – while for Flywheel it means more spots filled at a good yield.

“And it comes at a good time, because there’s reduced opportunity to charge big bucks for group cycling these days. With other boutique offerings, like Barry’s for example, you have to be there in the club. That means they can still charge a premium. But cycling is a form of group exercise that easily translates into the at-home environment via a screen. And that’s why, as I say, Peloton has taken people out of cycle studios, and why people are less willing to pay high prices at studios.”

He continues: “That said, I believe there is an opportunity to inject some innovation into the cycling studio space. For example, I can tell you that Barry’s is running 30-day pop-ups for a new concept, Barry’s Ride, in LA and NYC. These limited edition rides take all that is great about the bootcamp class, just with bikes subbed in for treadmills – so you get 25 minutes of HIIT cycling alongside a tried and tested 25-minute weightlifting programme.
“So, cycling certainly isn’t dead. It’s increasingly happening at home rather than in-studio, but innovate and it could bring a new appeal to
studio classes.”

Of course, this is Barry’s, with its uber-strong brand and enviably loyal community. Many other studios already offer cycling fusion classes; it certainly isn’t a never-been-thought-of-before innovation. It’s also hard to wildly innovate within a class on a bike. So even if Barry’s succeeds here, it doesn’t necessarily signal an exciting new dawn for studio-based cycling as a whole. Yet it remains interesting that Barry’s is keen to dip a toe into the cycling market.

A rocky ride
But we digress. Back to the matter of Flywheel.

Do a Google search and it’s clear the story over the past few years has not been a particularly happy one. A “streamlining” of the executive team in mid-2018 was followed at the end of that year by the departure of co-founder Ruth Zukerman. CEO Sarah Robb O’Hagan also left the company. Control was then seized by Flywheel’s lender, Kennedy Lewis Investment Management, in April 2019, with a buyer actively sought for the company.

In mid-2019, a statement announced the closure of 11 of Flywheel’s 42 locations; the focus would, it seemed, be on the remaining profitable sites, along with selling Flywheel bikes for at-home use.

And finally a blow on that front too, with Flywheel’s well-documented lawsuit with Peloton settled last month, at least outwardly in Peloton’s favour; we do not know the full details of the settlement. However, Flywheel certainly publicly acknowledged that its home bike had infringed on Peloton’s patent and agreed it would no longer use its leaderboards. But that wasn’t the end of the matter: late last month, Flywheel announced it would stop offering At Home classes altogether on 27 March 2020; existing customers were emailed a trade-in offer for Peloton bikes.

After many months spent fighting Peloton, this capitulation may seem surprising, particularly given speculation that Flywheel was close to having Peloton’s patents invalidated. Certainly, the patents in question had been accepted by the review board for IPR proceedings, a stage of the patent review process where the odds are statistically against patent owners.

But when you look back at everything else that’s happened at Flywheel over the past 18 months – and given its renewed focus on bricks and mortar via combined NYSC-Flywheel memberships – perhaps the costly fight for a foothold in the competitive at-home market was simply not worth fighting any more.

“It’s a shame,” says Canarick, “because if the Flywheel Home Bike had come out sooner –perhaps with a slightly more differentiated pricing, content and distribution strategy to set it apart from Peloton – the two could have been the Coca-Cola and Pepsi of the home cycling market.”

It was, however, not to be.

Sign of the times?
As a final thought, let’s return to my very first question: is the TSI/Flywheel deal a sign of things to come? Canarick thinks not: “It’s a question of scale really. New York Sports Club is perhaps uniquely regional, with clubs predominantly in New York, Boston, Philadelphia, Washington DC. And that matched well with Flywheel.

In the shifting dynamics of this marketplace, it’s a smart strategy to offer value

“The other major big box brands are mostly national. It would be hard for them to find a partner to do something similar, because the franchises aren’t really an option – that would involve overly complex negotiations with individual franchisees.

“Equally, I can’t think of any bigger boutique brands who would want to do something like this. Not Barry’s. Not SoulCycle – it’s part of the Equinox family anyway, but I can’t see it going for a cross-selling value proposition. Not Solidcore, which has become one of the bigger corporate store US players following recent strong growth.

“I see this as a one-off tactical decision, and it remains to be seen if it will work for the two brands. But in the shifting dynamics of this marketplace – towards at-home and away from highly-priced studio-based classes – I think it’s a smart strategy to offer value.”

UPDATE: This article was correct at the time of publishing on 24 March 2020. However, on 6 April 2020, reports confirmed that Town Sports International Holdings Inc. had terminated its agreement to purchase Flywheel Sports Inc.

Studio design: Know the WHY behind every decision