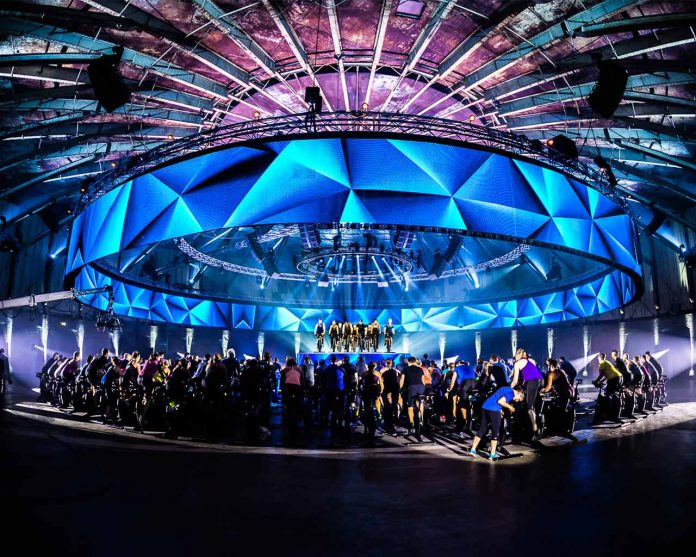 On 6 and 7 October, the Reebok Les Mills Live world tour hit Amsterdam! Thousands of instructors and fitness enthusiasts gathered in Westergasfabriek at the centre of Amsterdam for two days of fitness, dancing, pumping adrenaline and energy.

The special feature of this stop on the world tour was that the Q2 2018 releases of the Les Mills programs was to be filmed in Amsterdam – a very rare experience as the filming is usually done in New Zealand. The set-up for RPM and Sprint included 160 BODY BIKE SMART®+ bikes so the scene was set for a smashing session!

The event was orchestrated by HDD Group, Les Mills and BODY BIKE® distributor in the Benelux countries.

Ride On is now Ride High

The journey by Intelligent Cycling