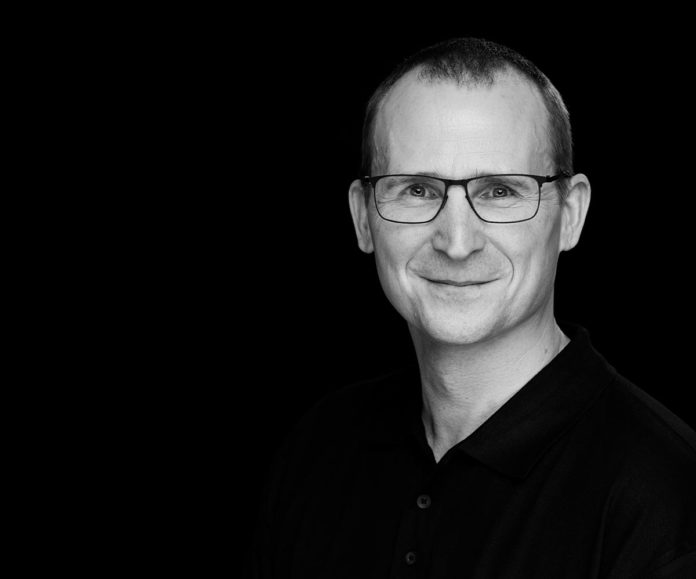 Ventilation. It might not be the first thing you think of for your cycle studio, but it can make or break the experience. Thomas Rasmussen of Air-Tekniq talks Tine Haslund through the ‘need to know’ details

Thomas, what would you consider best practice for air conditioning in cycle studios?
Before we go into any details, you first have to understand that there are different methods of getting the air ‘just so’.

The first is ventilation. These systems don’t cool the air. They can warm it, so they’re good for the winter, but they can’t cool it. They basically replace ‘old’ air with ‘new’, sucking in air from outside and blowing it into the studio. Whatever volume of air these systems blow in, they also suck back out of the studio, in the process removing moisture and CO2 from the room.

The second option is a climate control system, which is the same as a ventilation system except it does include an option to cool the air. These systems are able to maintain your ideal studio temperature year-round.

And then, finally, there’s air conditioning. These systems recirculate the air that’s in the studio, so although they do allow you to change the temperature, they can’t prevent build-up of CO2 or moisture. They don’t introduce any fresh air to the room. I personally don’t tend to work much with air conditioning.

Ventilation systems are the most cost-effective. I therefore recommend studios either have just ventilation or, if you feel you have to cool the air, that you have two systems installed: ventilation, and then either air con or climate control. That way, you can switch between the two as required.

The room might not be cold, but as long as you feel air moving over your body, you’re OK

If you’re relying on ventilation, do cyclists not get too hot?
There will, of course, be times and places when the outside air is so hot that your climate or air conditioning system has to kick in. While it’s down to personal preference, you’re probably aiming for a studio temperature of 18–20°C; if the air outside is significantly higher, then yes, I would probably recommend having two systems installed.

However, picture this scene. You’re out road cycling on a hot summer’s day, the sun is beating down, but while you’re moving along there’s always air flowing against you and you feel, if not cool, then certainly comfortable temperature-wise. Then you stop at a traffic light and all of a sudden you’re sweating, you feel uncomfortably hot. It’s unpleasant. Finally the lights turn green, you start cycling again, the air circulates around your body and you’re back to feeling good.

It’s similar in a cycling studio. The room might not be cold, but as long as you feel the air moving over your body – even if that air isn’t freezing cold – you’re OK. I’m not saying you should let the room get really hot, but what really matters is that feeling of air on you while you’re exercising. It’s one of the reasons why I always suggest a cycle studio includes a ventilation system. In fact, one of our clients had a bit of an ‘a-ha’ moment in this respect.

We changed the air system at one of its clubs, putting the installation in the ceiling rather than on the walls: a very simple, round tube that blew air down on the participants below. The temperature in the studio was able to go up, but there was lots of air in the studio and they had great feedback from members – as well as saving money on their energy bills.

So, is the ceiling the best place to put a ventilation system?
It’s certainly my recommendation. There’s nothing worse than sitting there and not feeling any air, which can happen to those in the middle of the room if the air is coming in from the side, or even the sides.

Ventilation and air con systems can be a little noisy, admittedly, but in a cycling studio – where the music is up loud and the bikes whirring – that doesn’t matter. So, my advice: put the units where they will have the best effect for people. And for me, that means letting the air blow down over people.

The size of the room will dictate how many ventilation units you need, but if you do it right, even with say two units in the room, you can still have numerous nozzles across the ceiling which blow an ‘air curtain’ down over people.

How often do you need to change the air in a cycling studio?
If you calculate it properly using a measure called MET – Metabolic Equivalent for Task, which estimates the amount of energy and oxygen used by the body during physical activity, as compared to resting metabolism – you come up with a really, really high number.

Start from zero: when people step into the studio before class, it can’t already be full of CO2 and moisture

If you’re sitting still in an office, then you have a MET of 1. If you’re elite athlete training hard, you might have a MET of 15. For indoor cycling, I would say it’s about 10.

I’ve tried to do the sums to translate that into CO2 emission and I make it about 280 cubic metres per hour, per person. Then you look at the typical size of a cycling studio: maybe 50sq m with a ceiling height of, say, 3 metres. That’s 150 cubic metres, which would mean we’d have to ventilate the room twice an hour for every person in there. Multiply that by even just 20 people in a class and it’s a huge number.

I don’t think that’s necessary though. I would say 14–16 times an hour is fine. But you do need to make sure you’re starting from zero, by which I mean when people step into the room before class, the room can’t already be full of CO2 and moisture. They need to be stepping into a room where the air is ‘fully powered’ with the right level of oxygen.

How can clubs ‘fully power’ their studios before each class?
There is no doubt that, for a well-ventilated room, it helps to have half an hour between classes. Ideally, ventilation should then start automatically in advance of the class starting, either on a timer or using a sensor. You will usually have a good 10–15 minutes between the first person coming in and the class actually starting, so you could set the ventilation to start at 10 per cent of its maximum flow as soon as the sensor detects movement in the room.

Incidentally, I also recommend having CO2 and temperature sensors in the room. At the beginning of the class, the air flow can be lower – the 10 per cent flow I mention – rising as the CO2 levels and room temperature rise. Once again, this helps you save money, avoiding the need to have the system set to max for the full duration of the class.

However, not many health clubs and cycling studios have these sensors. It’s often the instructor who turns on the ventilation just before the class starts. If you don’t have sensors, I would recommend the ventilation is set at 10 per cent of its maximum flow throughout the club’s opening hours – turned up, of course, during classes – so the studio is always ready to go.

In terms of temperature, if you want to cool the room from 28 to 20 degrees as an example, you need to allow 30 minutes between setting the temperature and the start of the class. Because it’s not only the air which has to cool down, but also floor, walls and bikes.

Any other advice for cycle studio operators?
Ventilation isn’t just about the experience for cyclists. It’s also about keeping the equipment in good working order. A well-ventilated environment helps control moisture levels, which in turn helps prevent rusting of the bikes and the malfunction of any electronics in the room, such as the music system.

However, moisture isn’t the only problem. Sweat contains salt too, which can also cause bikes to rust. I therefore strongly advise, alongside a good ventilation system, that operators clean the surfaces after every class to remove salt.

Meanwhile, we recommend you have your ventilation systems serviced at least once a year. And if you have a system with coolant, I’d suggest a minimum of two services a year to ensure the coolant doesn’t escape the system.

One other thing that might be worth noting: I have seen some places where they have propellers in the ceiling, which somewhat support the theory of air over the body. However, they don’t remove the C02 or moisture. Without a proper ventilation unit, operators have to be able to open a window, which I personally don’t recommend as a solution.

Finally, you can infuse scent into the air if you wish: it can help make the room smell pleasant rather than sweaty, of course, but it can also positively impact people’s mindset. Citrus is a particularly good choice for cycling studios: it encourages members to work harder because they feel fresh.