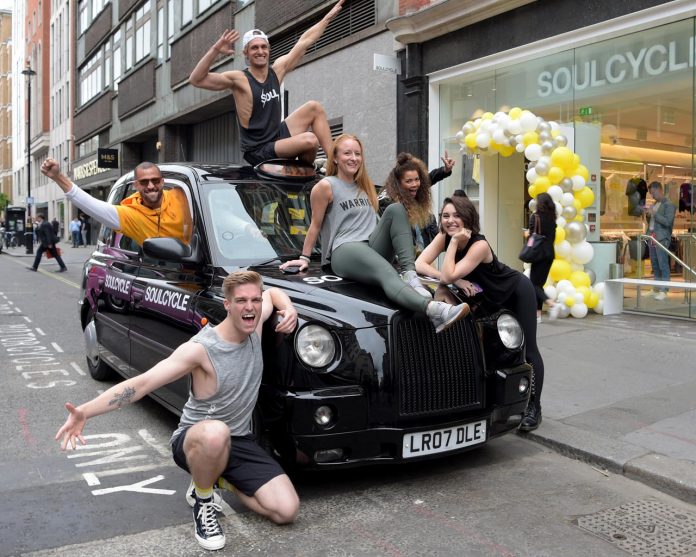 SoulCycle London. It’s been a long time coming, but after years of speculation and eager anticipation, America’s cult indoor cycling workout has finally made its way across the Pond, opening its first non-North American studio in the Soho area of London, UK.

The anticipation has been understandable: this is a brand which, since it opened its first studio in Manhattan in 2006, has built an enviable fan base including the likes of Beyoncé and Jay-Z, David and Victoria Beckham, Lady Gaga, Madonna, Khloe Kardashian and Michelle Obama. And SoulCycle’s appeal reaches beyond the celebs, with an impressive 20,000 people taking classes every day across its 90+ studios. 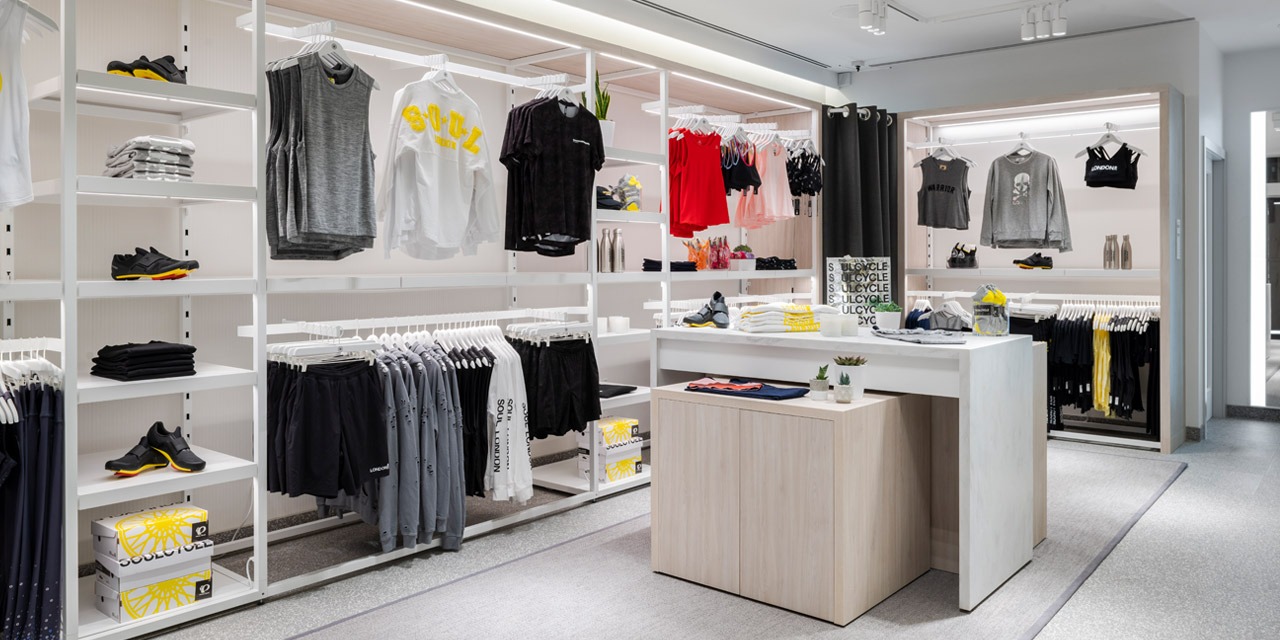 I myself had previously done SoulCycle in Los Angeles and had been wowed by a feelgood factor that – to my non-performance orientated mind at least – still stands head and shoulders above other indoor cycling workouts I’ve done. I had loved the focus on fun, on getting a sweat on but as a side-effect of having a great time.

I had also loved the fact that, while encouraged to crank it up, I had been left to strike my own balance between enjoyment and exertion. SoulCycle really had lived up to the two halves of its name: the mental benefits for me were as great as the physical, and I left with a smile on my face and a spring in my step.

I was, then, understandably keen to see how the experience would translate and settle in the UK.

As it turns out, work-weary as I was when I turned up for my Wednesday 6.30pm class,
I would have settled for anything that boosted my energy levels a bit.

From the moment I walked into the light, bright reception area – staffed by a team of around eight front-of-house staff – it felt unmistakably SoulCycle. But what I was really interested to experience, of course, was the workout itself… and it’s great to be able to report that SoulCycle London brings the same positive vibe, the same ability to make 45 minutes pass quicker than any other cycling class I’ve ever done, as I experienced in the States. 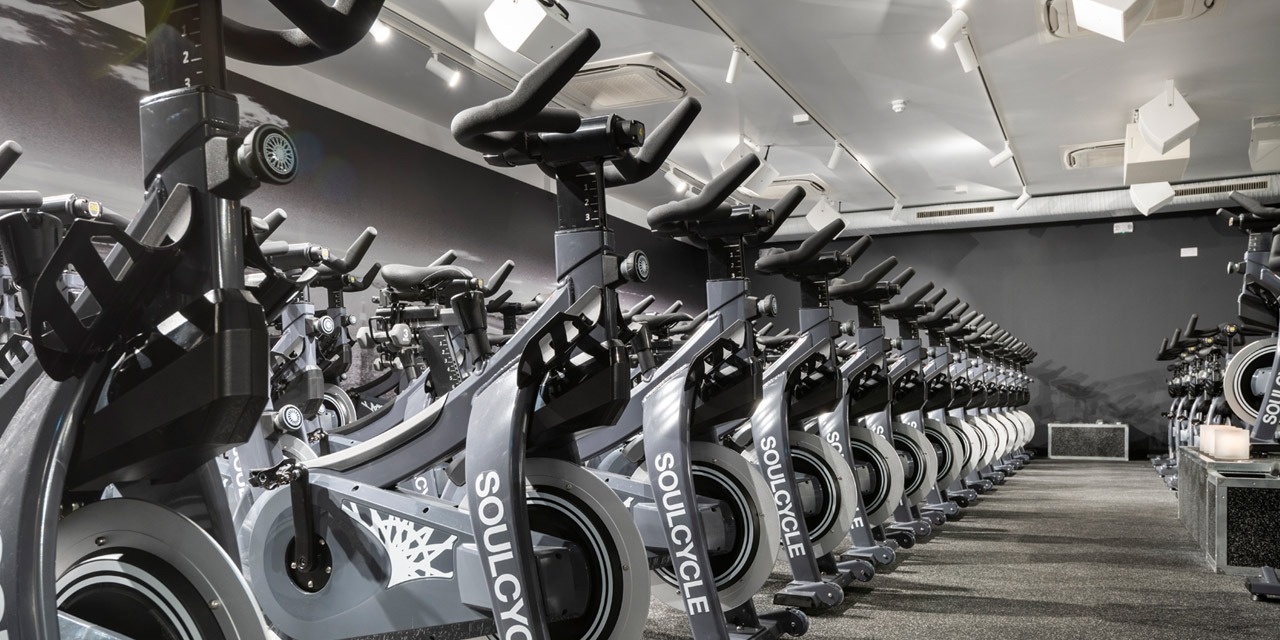 The London studio is packed full of 63 SoulCycle-branded bikes, including some set off to each side of the instructor. No space given up that could be filled with a bike. But that’s the same formula as in the States, and it certainly brings an energy into the room – not to mention a good amount of sweaty ‘I’ve worked hard, I can feel good about that’ heat.

it’s ok to be there for a good time, not necessarily a ‘train until you drop’ time.

Then there’s the fact that the darkened studio – lit by candlelight and, intermittently, by uplighters around the instructor – makes you feel somehow enclosed in your own space, focused not on those around you but purely on yourself, the great music and the instructor on the podium. The other bikes in the room honestly don’t matter once the lights go down.

And so to the instructor – such a key element in justifying SoulCycle’s £24 a ride price tag. On the podium for my class was the bubbly Lauren Naomi, one of the London studio’s three UK instructors; the other three have been ‘imported’ from SoulCycle in the US.

Straight away, two things were evident. Firstly, no instructor is allowed in front of a class until they’ve completed full training in the US. There’s a unique way of doing things at SoulCycle and Lauren Naomi oozed it.

Secondly, SoulCycle’s recruitment policy is clearly personality first, cycling experience second – and I say this not because Lauren Naomi didn’t smash it in the saddle. I say it because her positive, encouraging presence at the front of the room felt very natural while still outgoing, no doubt due to the fact she’s also a professional singer, dancer and actress. This is someone who’s used to being in front of a crowd. 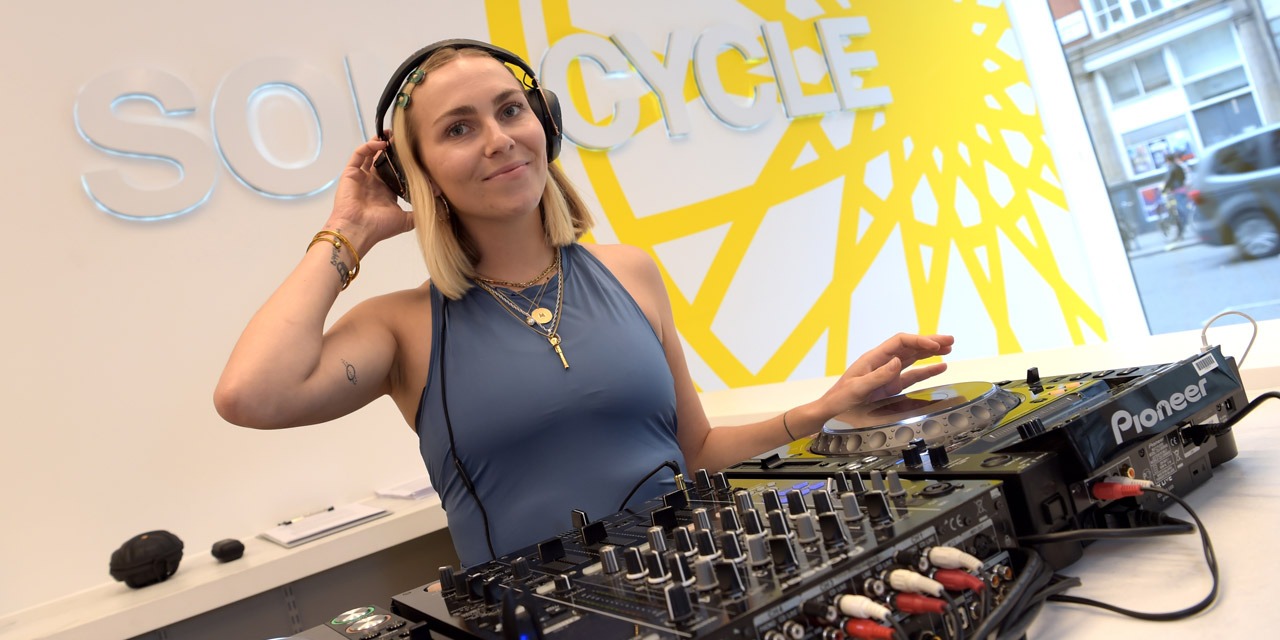 I also say it because of her very honest, and with it very engaging, comment at the end of the class to those struggling to disengage their cleats: “Don’t worry. I hadn’t even got on a bike until I went to the States for my SoulCycle training. The first class I did, I was still stuck in the corner on my bike when everyone else had left the room!”

It was all very natural, very engaging, very encouraging – “as long as your legs are still moving, you’re doing great”. Ultimately, very SoulCycle. It was OK to be there for a good time, not necessarily a ‘train until you drop’ time… just get a sweat on, get a bit out of breath, but have a smile on your face too – don’t take things too seriously. Immerse yourself in the tunes and the moment and dance your way through the class.

The cult of Soul

Interestingly, while around half the class were on their first ever SoulCycle ride – with its price tag of £16 to get people in and hooked – a good number were already regulars just one week in to the studio’s lifetime, committed to multi-ride packages: buy 30 rides as a package and the price comes down to £19 per class; a 10-class package brings the per-class price down to £21. 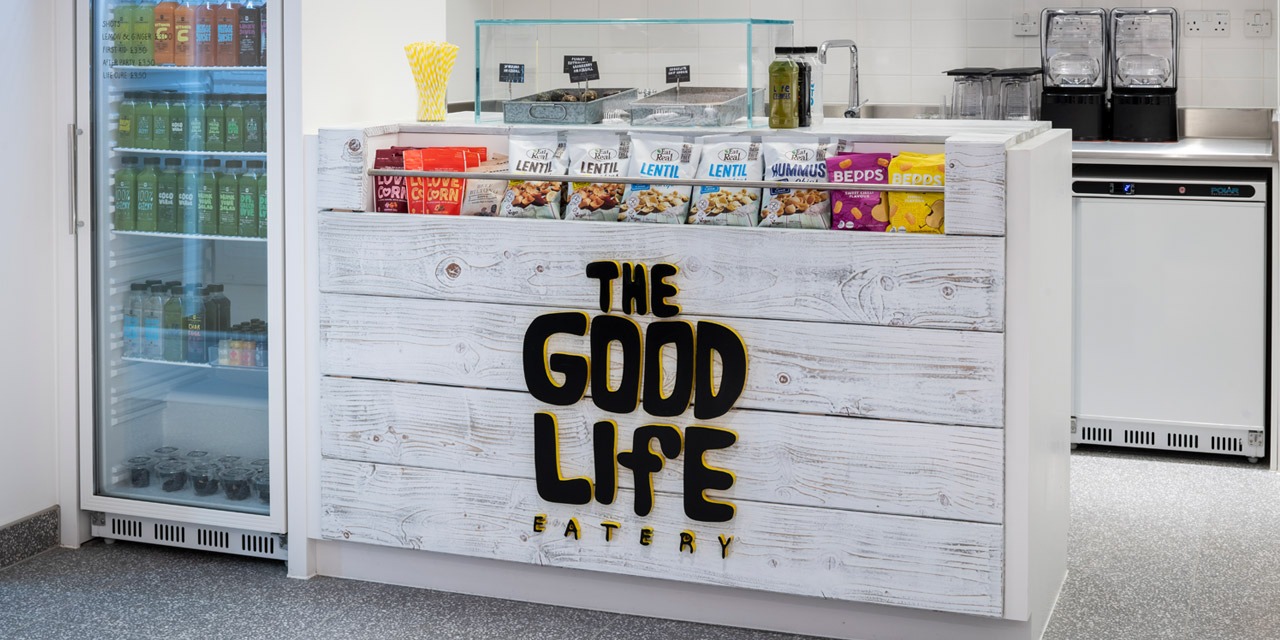 But however, people are buying their classes, whatever their level of commitment, buying them they most certainly are. The eight classes taking place on most weekdays, and the five a day at weekends, are filled almost as soon as they open for booking; some wait lists for the next day were, I was told, already 30-strong. People are champing at the bit to get in, and with the levels of engagement already being shown, it seems to be more than a novelty factor.

is London ready for Soulcycle and its £24 classes? the answer appears to be ‘yes.

So enthusiastic are they, in fact, that some of the already-regulars in the class – unprompted by Lauren Naomi, who was comparatively restrained in her “come on Wednesday!” cheerleading – indulged in a bit of spontaneous mid-class whooping. The American enthusiasm of SoulCycle is, it seems, infectious.

To those many observers asking the question ‘is London ready for SoulCycle and its £24 classes?’… the answer appears to be a resounding ‘yes’.