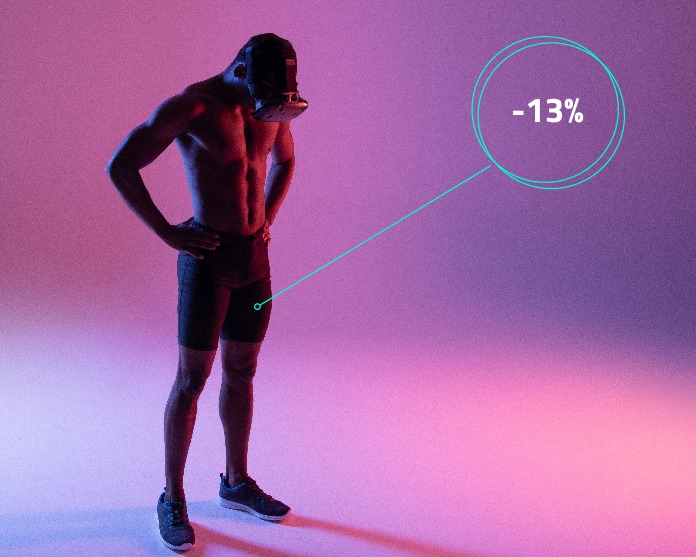 Studies show how use of virtual reality and immersive content
can reduce perceptions of effort levels, and even muscle pain,
during high-intensity cycling classes

Group exercise. The entertaining, engaging, dare we say it even fun part of a gym’s offering. The community creator. The loyalty builder and retention booster. True before COVID; still true even in these strange days of social distancing.

Yet even without social distancing and its resulting capacity issues, group exercise throws up obstacles to participation, not least the intimidation factor of being the newbie among a group of regulars. And that intimidation factor is arguably never more evident than in group cycling – so often perceived as a hardcore workout led by gung-ho instructors exhorting regulars to crank it up in a ‘who can work the hardest’ battle.

“Our cycling classes aren’t like that,” you say. Quite possibly not, but this is all about perception. And if we’re honest with ourselves, we have to acknowledge that this perception hasn’t come from nowhere. For many years, that’s what so many of these classes were like. Instructors would see it as a badge of honour if participants wobbled out of the studio on jelly legs at the end of the class.

For those exposed to the interactive VR, the pain intensity was 12–13 per cent lower

Perceptions are now shifting, in part thanks to the growth in rhythm cycling – the SoulCycle-esque, ‘party on a bike’ classes which have broadened the appeal of group cycling, making it as much about the mental feelgood as the physical results. Where people don’t feel beasted through every pedal stroke.

But there is another tool at your disposal: one that’s reportedly drawing new audiences in to give cycling a try, and which research shows then seals the deal by making the whole experience more enjoyable, reducing perceived effort levels – even when it is a tough workout.

That tool is virtual reality.

Interactive VR versus muscle pain
High-intensity cycling is less painful when combined with virtual reality, according to a study published last year by University of Georgia researchers.

Past studies have shown that exposure to virtual reality (VR) can help medical patients better manage their pain. This latest study wanted to explore the topic further, investigating whether the use of virtual reality during high-intensity cycling could reduce pain from exercise.

The study tested 94 healthy adults, specifically selecting those who didn’t have a high likelihood of motion sickness – one of the potential drawbacks of using a VR headset.

Wearing their VR headsets, all participants completed three 30-second cycling sprints, each followed by four minutes of recovery. Half of the participants were shown a dynamic virtual cityscape: a changing VR environment which made them feel as though they were actively cycling through it. The other half – the control group – viewed a non-interactive, static picture of the same cityscape and were asked to mentally imagine cycling through the city while they completed the same cycling workout.

The study found that, among those who were exposed to the interactive VR experience, the perceived pain intensity in their quadriceps was 12–13 per cent lower during the second and third sprints compared to participants in the non-interactive group.

Immersive experience versus RPE
Research conducted in 2017 on behalf of Les Mills International – exploring the impact of its immersive cycling class THE TRIP – reached similar conclusions, particularly among novice cyclists.

Carried out by associate professor Jinger Gottschall and her Penn State University research team, and published in Medicine & Science in Sports & Exercise – the journal of the American College of Sports Medicine (ACSM) – the study compared THE TRIP’s immersive class with an audio-only class, both among experienced and novice indoor cyclists.

Heart rate data (percentage of time spent in the 80–100 per cent maximum heart rate zone) was tracked during the class to establish exercise intensity, while a survey conducted immediately after each class looked at rate of perceived exertion, satisfaction and enjoyment.

Among experienced cyclists, the impact wasn’t too dramatic. However, for novices, the immersive audiovisual experience was enough to distract them from the pain of the workout – this in spite of the fact that only 19 per cent of a TRIP class is spent in either a light- or very light-intensity heart rate zone. Moderate intensity work comprises 32 per cent of the class, with 26 per cent being high intensity and 23 per cent maximum intensity.

“The results showed the novice group’s rate of perceived exertion (RPE) – how hard they thought they had worked out – and perception of fatigue were a lot less when doing an immersive class in comparison with the audio-only class, when in fact the intensity was exactly the same,” says Dr Gottschall.

Anecdotal feedback reinforces these findings. One study participant summed it up perfectly: “I got so lost in the visuals that I had no idea how hard I was working until I saw the pool of sweat below my bike when the lights were turn on – super cool!”